There are many reasons Savannah was just chosen as one of Time’s World’s 100 Greatest Places of 2021. Upper East River is one of them, actually! (Read about it here.) But another factor of the Hostess City’s undeniable appeal is certainly its architectural landscape. A place with rich history and many diverging chapters of it, Savannah has come to showcase a widely ranging set of styles. What they have in common, some would say, is the unparalleled level of execution. Architects the world over visit Savannah to explore its masterful representation of many different aesthetics. Today, we’re going to do the same. Let’s talk about Savannah’s design vernacular: from custom farmhouse to regency mansion. 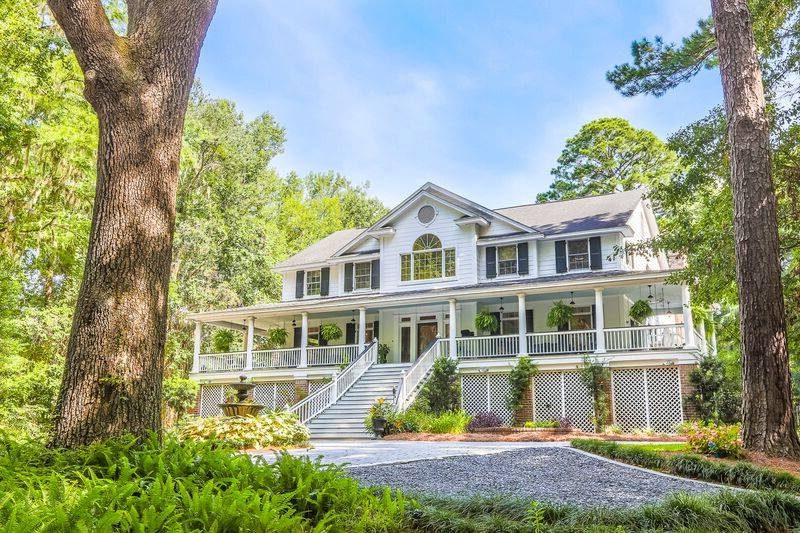 Photography courtesy of The Mackey House

Among the least historically inclined but most currently popular style at work in Savannah is custom farmhouse. The beauty of the farmhouse design vernacular is two-fold:

First, it invites one to create a cohesive aesthetic while allowing for the casual. In other words, everything doesn’t have to be perfect all the time for your farmhouse space to look put together. Because a “lived-in” look is a part of the approach!

Second, “custom farmhouse” is, well, custom! It can be interpreted in various ways depending on your unique goals and location. You can make farmhouse feel a touch coastal or go full barn vibes.

Farmhouse usually features lighter hues accented by deeper, organic wood tones and stones. One great way to modernize the architecture (if that is what you’re looking for) is to incorporate thinly framed black steel windows.

While this is a more modern-day design, with many new builds taking on farmhouse characteristics, one somewhat historical example in Savannah is The Mackey House—a stunning venue, if ever you need one. (We talked about it and other romantic venues in a previous blog post.) 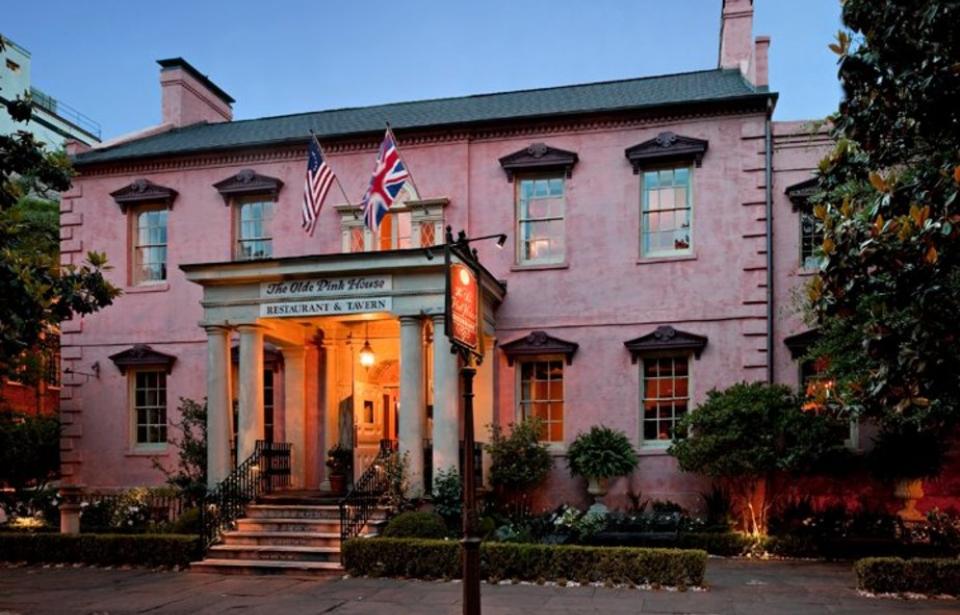 Defined by an almost universally adhered to symmetry, the Georgian style is a design vernacular that really calls to mind those grand estates of old. From windows to doors to the complete facade, everything on a Georgian front should be even.

Hip roofs and dormers also play into this style. If you’re looking to observe an example in Savannah, The Olde Pink House is an excellent one! Take in the architectural features while you wait for your table (which, trust us, you’ll want to do).

Georgian architecture and corresponding interior designs also often feature color. Pastel shades are common in the style. To honor the architecture further with interior selections, consider grandly scaled furnishings with delicate design features, like a chaise with a swooping back or thin chair legs. 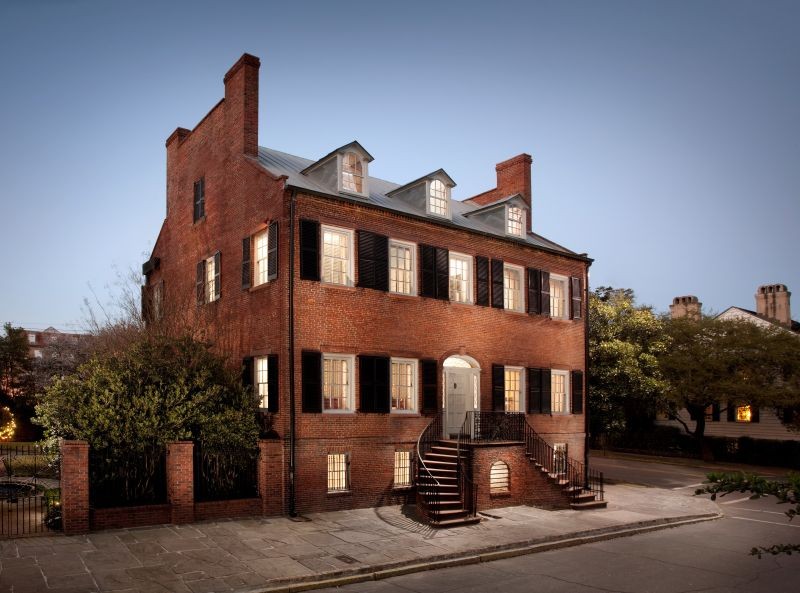 Deemed the true American style by some, Federal is an undeniable and absolute classic. Savannah’s Davenport House is a shining example of this aesthetic.

If you’re looking to explore how it can be modernized, consider our own Upper East River! Specifically, our Adler homes feature some of the same feel and features as a Federal-style building.

Federal is characterized by sharp angles, with the whole building usually being a complete square or rectangle. It’s also commonly finished with brick and wrought-iron details, both main elements of our Adler design, which could also be called a classic brownstone. 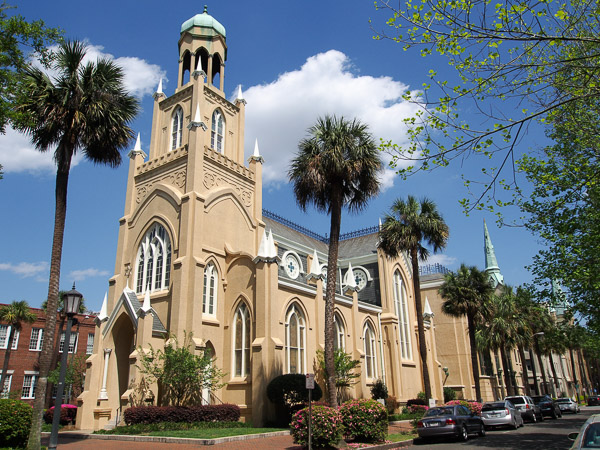 Long a favorite of architects and builders who worked on churches and other religious buildings, the Gothic Revival design vernacular imbues the viewer with a sense of seriousness. It also happens to be a fan favorite among architectural buffs, probably because of its unique details.

Roof lines rise dramatically into the sky, almost seeming to pitch rather wildly, while gables with rounded edges lend it a visual layering effect.

In Savannah, the Congregation Mickve Israel on Monterey Square is a gorgeous example of this style. 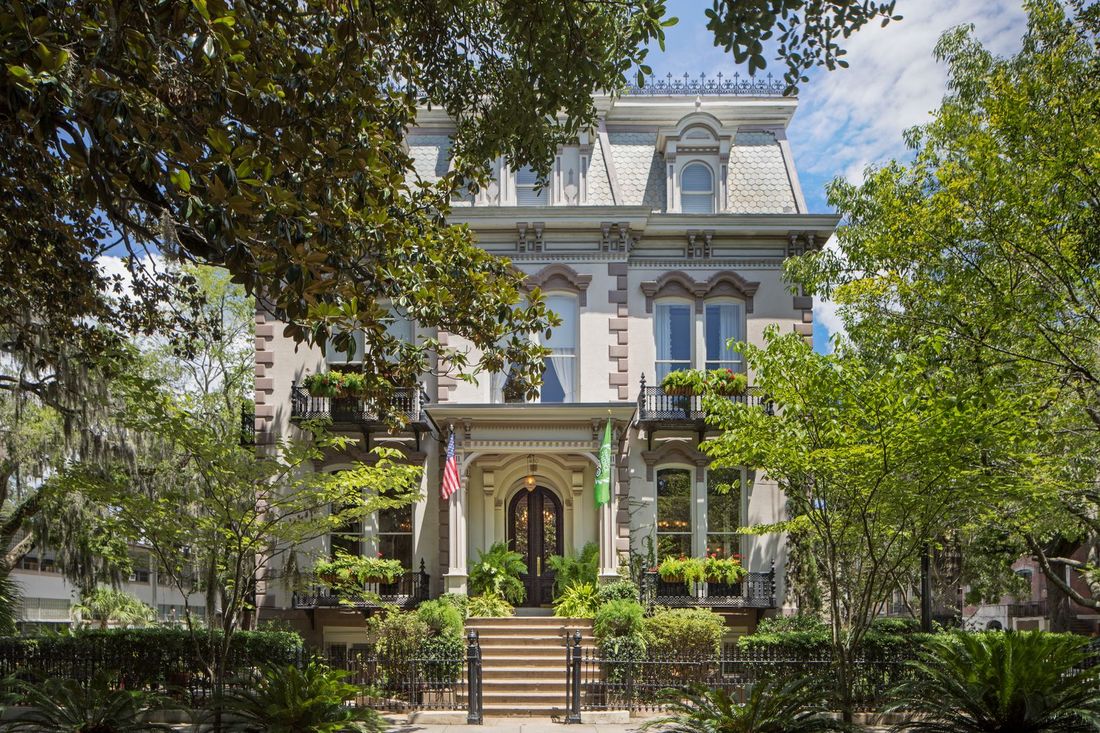 Given its name because it is believed to have first risen during Napolean’s Second French Empire, during which Paris was redeveloped, this design vernacular is often felt to be one of whimsy.

Cast-iron cresting at the top, turrets, prominently spotlighted doorways—so many intricately formed details make this a busy style. To some, the look resembles a dollhouse.

Hamilton-Turner Inn is the Savannah showcase of this picturesque aesthetic. 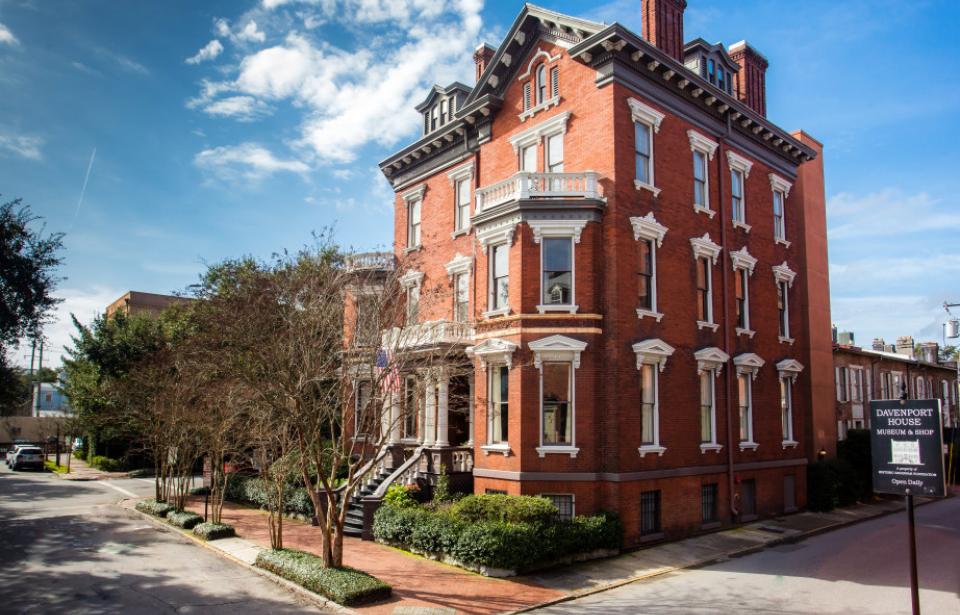 With sloping roofs and columned entries, Italianate architecture seems to be all about showcasing the entryway. So, perhaps it’s fitting that it seems a hugely prevalent style in the Hostess City—welcome in, indeed!

From Andrew Low House and Mercer Williams House to the well-known historic Kehoe House, the city’s landscape is abundant with impressive examples of this design vernacular. 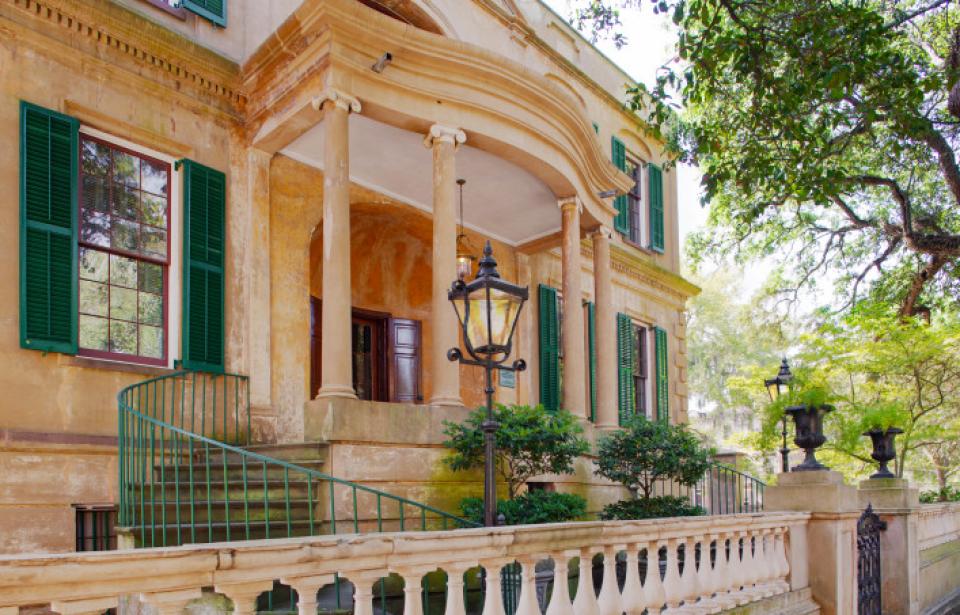 Last but certainly not least, let’s talk about Regency! Named after King George IV, being that he was a “regent” of England, this style pulls together a few different classical influences, with Georgian as a base.

Some of its most noticeable features include narrow windows and circular staircases and balconies.

If you ask us, this is one of the most interesting architectural styles to view and ponder about. It’s gorgeous!

A famous example in Savannah is Telfair Museum’s Owens-Thomas House.

All in all, Savannah’s architectural landscape is abundant with beautiful and fascinating design vernaculars to discover and take in.

That’s why it was so important to our architects here at Upper East River that we respect and honor the city’s architectural fabric. Each of our home types were designed to complement Savannah’s historic buildings and maintain an overall cohesiveness.

See what we mean, by exploring our home styles.