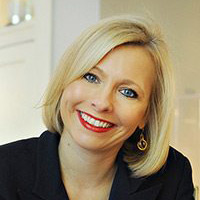 Savannah is the oldest town in the state of Georgia and one of the most historically significant in the nation. With its cobblestone streets, manicured gardens, green squares, elegant architecture, and ornate ironwork, it’s also one of the most charming.

There is a very unique and important piece of historic real estate along the Savannah River that’s been in transition for over a decade. Located east of the Downtown Marriott, the property formerly known as the Savannah River Landing development stalled after a downturn in the economy and never regained any momentum.

In September 2017, a new team of developers purchased the 54-acre property and are building a high-end, mixed-use, walkable community called Eastern Wharf. The biggest expansion to the historic district in 200 years will be dotted with wonderfully curated shops and restaurants, modern office spaces, luxury hotel rooms, and beautiful riverfront residences that speaks to Savannah’s distinct personality, architecture, and style.

The extended river walk will transform the area into a welcoming gathering place that boasts community parks and abundant green space. It’s expected to be the premier destination for unique dining and community gatherings.

Connecting Savannah’s past, present, and future

The development is a first for the city and a bold step forward for Savannah, much like the innovation and economic progress fueled by the Eastern Wharves District during the 1800s, for which it was named.

The Eastern Wharves District was the beating heart of Savannah industry. Home to businesses like A.N. Miller’s Foundry, Hydraulic Cotton Press Company, and the Bullock and Winton Steam Saw Mill, the area saw decades of prosperity that played a significant role in Georgia’s economic growth. And, while the wharves eventually gave way to industrial progress, the legacy still remains.

Eastern Wharf intends to celebrate the legacy of Savannah’s commerce by knitting it into the fabric of the community. The trend of living, working, and playing in one place encourages people to shop locally, get to know their neighbors, and entertain themselves in their own backyard. The design, the buildings, and the amenities are all important, but so much of it is about creating an environment where people can relax and connect with one another.

Eastern Wharf will be seamlessly integrated into the unique landscape and will incorporate the elegant architecture that is distinctly Savannah. It’ll have an energy that attracts people from all over the world, connects them to the city, its people, and their way of life, all while being true to Savannah’s roots.

With its forward-focused approach, the development will also demonstrate the pace at which Savannah is keeping up with the rest of the world. From technology and transportation to the careful consideration of energy and the environment, it’s progressive from multiple perspectives.

Nearly seven of the development’s 54 acres will be dedicated to public open space that includes a combination of Savannah’s signature squares, and both a ½-acre linear park and a 2-acre riverfront park that will have the capacity to host outdoor events.

Phase I, which broke ground in October 2018, will also include 80,000 square feet of office space, more than 300 luxury apartments and townhomes, an 1,100 space parking garage, 40,000 square feet of food, beverage, entertainment and service-oriented retail uses, and a 12-story, 196-room boutique hotel—complete with spa and rooftop bar. It represents a $225M investment and is scheduled to be completed in the Spring of 2020.