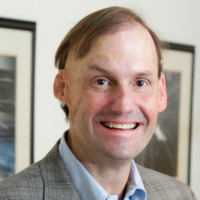 Less than two months after a massive fire ripped through the Eastern Wharf development on east President Street, crews are back on site conducting demolition work and readying the multimillion-dollar mixed-use project for future construction work as the developers remain committed to the project and the community.

“As you can imagine, the fire was a horrific event in terms of the damage and in terms of morale, but it was a setback and it wasn’t a tragedy, and that was because no one was hurt, and I’ve said that a lot but that’s the truth,” said Trent Germano, principal, Mariner Group, who along with Regent Partners and financial partner ELV Associates are behind the $600 million development just east of the Savannah Marriott.

“We just look at it as a setback because no one was hurt. If someone was hurt, it would have been a tragedy, and for that we are so thankful to the Savannah Fire Department and all the surrounding fire departments that joined them in the fight,” Germano said.

The cause of the Feb. 27 blaze remains undetermined, according to Savannah Fire investigators, but they believe the fire began somewhere between the fifth and sixth floors of the development’s unfinished Riverworks Apartments building, which was planned for completion this year.

The fire burned for three days, and at one point 15 fire units were simultaneously deployed to fight the blaze. Units from Pooler and Garden City arrived to provide late afternoon relief to the Savannah Fire units, according to Savannah Fire.

Savannah Fire’s boat, Marine 1, was also called in to fight the flames from the Savannah River. Over the course of the firefight, Savannah Fire hit the blaze with an estimated 18 million gallons of water. For reference, all of the water in the tanks at the Georgia Aquarium totals around 10 million gallons.

Germano, who was in Hilton Head, South Carolina, at the time of the fire, said he watched it on a webcam, sometimes having to turn away from the footage. He credits the fire departments and contractor Choate Construction with saving lives that day.

“I watched the firefighters and how they came and attacked it, and they were just spectacular in terms of their professionalism. I really give so much credit to the fire departments and to Choate, because their safety program kicked in and everybody got out and everybody knew where to go,” he said.

“We had an early head count that said we think we’re good, and then we had a second longer time-wise head count and confirmed that we were good, and that was when we could really take a sigh of relief that the damage was the damage.”

In the days following the fire, Germano said, the team began meeting with their insurance companies and bringing in demolition companies, inspectors and forensic engineers to begin inspecting the site to figure out how to move forward.

The south building suffered the most damage. Crews are currently on site doing demolition work, but despite the size and intensity of the blaze, several areas of the structure remain intact and are structurally sound.

“The first good news was that the cast-in-place concrete structure that houses the majority of the city parking garage was virtually intact. The apartment project sits on top of what we call a podium, which is a very thick concrete slab which supports all of the apartment construction above, and that structure that supports the apartments is fully intact throughout,” Germano said.

There is also a precast concrete garage, which is visible sticking up past the concrete slab, that suffered isolated damage on the southwest corner of the upper levels. Germano said they might be able to repair and replace the damaged areas, but are waiting on samples of the concrete to return from laboratory testing.

“The slab is virtually clear except for a few areas, the crane has been removed, it was damaged, and we’re preparing the slab for the next phase, which is cleaning, sanitizing, repairing and then we will begin new wood framing work,” he said.

To ensure that the structures are sound, Germano said engineers have been onsite taking core samples of concrete and conducting X-rays of the structures to check the reinforcements. The samples are taken to a lab and put into systems that load weight onto them until they break.

“They know how (the concrete) should behave and they see how it does behave, so that’s one form of testing. They also test it chemically to see if there’s been any degradation in the chemistry of the concrete, so those methodologies allow them to understand what’s going on,” he said.

“There’s a lot that goes into this because the structural engineers and the forensic engineers, they’re putting their professional reputations on the line, and we want them to do that because we want to make sure that we’re 100% safe, and the same (testing) is taking place on the precast concrete.”

The north building, which is closest to the Savannah River, is where the fire wall was and where the fire department made the fight and won, Germano said.

While the north building didn’t suffer any fire damage, it did suffer smoke, heat and water damage. Based on the recommendation from a team of industrial hygienists, there are 106 units that will need to be gutted from ceiling to floor down to the studs.

“Anything that would have absorbed any water or smoke is being removed, and when we’re done the building will be sanitized and all of the wood studs will be encapsulated,” Germano said.

Germano said there are about 150 crew members on site, and he expects both the work on the south and north buildings to be complete in June, and then rebuilding can begin. He expects the apartment building to be ready for opening next spring.

“We’re on track with all that and we feel good with where Choate is in the process. We think we’ve covered all the pieces and parts. We have a lot of work to do; there’s a lot to button up,” he said.

“We have our insurance adjusters that we’re working with on various aspects of our claim, but everybody seems to be working together on this and we feel like we’re going to come back to market probably in the mid-springtime and open up our first phase and then follow other phases right behind.”

The first phase will also include the opening of a new hotel, a public park along the Savannah River and roadways within the development.

“We’ll have a different kind of critical mass when we open up these projects together with the infrastructure around them, and I think people will say, ‘OK, we get it, we get it now.’ And we’re excited about that now,” he said.

“We think that’s going to work well, and we’re excited about doing it. It’s been a setback for us, but we recovered and I think we’re moving forward as a team and we’re just excited for what comes next.”

A part of the community

In an effort to thank workers and help out local restaurants that have been struggling because of the coronavirus outbreak, the team has been supplying lunch for workers from restaurants including The Five Spot, Bull Street Taco, Zunzi’s, Barnes, Coach’s Corner, B&D Burger and Rancho Alegre. So far they have provided more than 600 lunches for workers in recent weeks.

“Savannah really is such a close-knit community, and when disaster strikes, whether that be a hurricane, floods, tornadoes or the coronavirus, it’s really heartwarming to see how everyone comes together and tries to help each other out,” said Karen Guinn, of Collective Marketing, who has been helping to organize the lunch distribution.

“For me it’s a privilege to work with people like Trent and Mariner Group and Regent Partners who really do feel like they’re very much a part of the community and want to be a helping force. It’s not just about getting back to work on their job, it’s about doing what they can to help the community that Eastern Wharf calls home, and that I think is awesome.”

Support from Mayor Van Johnson and the city has also helped the team continue to move the project forward following the fire, Germano said.

“We are really all working together, and I can’t say enough about how that relationship has worked so well. We’re very appreciative of the relationship we have with the city,” he said.

Germano said that while he’s experienced a lot in his career, he’d never been through anything like this before, but from the contractors to the architects and owners, everyone has pulled together following the fire and they’re here to stay.

“We gathered after the fire and talked about it and we decided that we’re not going to let this fire define us,” he said.

“We wanted to be defined by what we did from the fire, and I think our team, and I mean engineers, architects, contractors, owners, investors, our team wants to be defined by how we handled this fire, what we did and what we produced after it, so that’s our total focus.”

The development team first broke ground on the 57-acre Eastern Wharf site in October 2018, having closed on the $30 million property a year prior after pursuing the deal since 2012.

Thomas & Hutton is providing civil design for all phases and a portion of landscape architecture and streetscape design services for public streets. Architecture firm Cooper Carry is designing the project, and Patrick Malloy Communities is constructing the residences, a separate portion of the project known as Upper East River.

Along with luxury apartments, a boutique hotel, a public park and a parking garage, the first phase will also include 40,000 square feet devoted to retail, food and beverage and 80,000 square feet of Class A office space.

To see a photo gallery of the aftermath of the Eastern Wharf fire, go to Savannahnow.com.